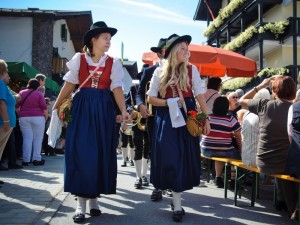 Austria also has a very rich culture and history, celebrated across the nine provinces in different ways.

Summer in Austria is also dotted with bank holidays, most of them with a religious meaning: all facilities (shops, banks, tourist information offices) will be closed, public transport will be running on a Sunday timetable and many cafes and restaurants may also be closed. This can be annoying if you need to buy anything but the trick is to know about them and plan in advance: ask your Inghams rep in resort if you have any questions about these holidays or how to get involved.

Here is a quick guide to Austrian’s main summer bank holidays: know them, learn about them, but most of all, enjoy the festivities that surround them! 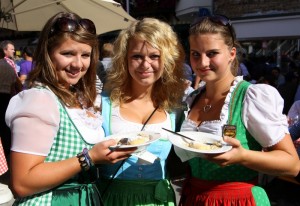 Having been a Catholic country for many centuries, Austrians have always had a strong appreciation for both celebration and ritual. This is reflected in the dozens of public holidays and festivals that are held every year across Austria. Don′t be afraid to join in the celebrations: most traditional customs welcome international visitors!

Austria has 16 public holidays throughout the whole year: some are the same day every year, such as Christmas, New Year and so forth, others change from one year to the next (i.e. Easter and the festivities connected to it).

Thirty nine days after Easter Sunday, Ascension day always falls on a Thursday. It is a Christian holiday that commemorates Jesus Christ’s ascension to heaven.

Whit Monday, also known as Pentecost Monday, is the holiday celebrated the day after Pentecost. The date changes each year as it depends on Easter and represents the descent of Jesus upon the Apostles fifty days after the Resurrection.

Corpus Christi means the Body of Christ, and is celebrated on the second Thursday after Whitsun (this year, 4th June). This day has been celebrated throughout the centuries since1264, when Pope Urban IV issued a papal bull making Corpus Christi a feast in the whole of Christendom.

Although not a bank holiday, Midsummer is a popular recurrence in Austria. On the night of the 21st of June, beacons are lit across the mountaintops: it is based on an ancient pagan ritual where bonfires were lit to protect against the evil spirits  which were believed to roam freely when the sun was turning southward (Summer solstice). During this night witches were also believed to gather for their meetings.

Midsummer is also known as St John’s day, as the feast day for John the Baptist, who was said to have been born six months before Christ, although the exact date is unknown.

August 15th: This day commemorates two events: the death of the Virgin Mary and the assumption of her body to heaven.

The St. Rupert’s Day Fair runs every year for 5 days in celebration of Heiliger Rupert, other wise known as St. Rupert, the founder of Salzburg. From 24th September you’ll find music, arts, crafts and entertainment throughout the streets.

On October 26th each year, Austria celebrates the signing of the declaration of neutrality; a parliamentary bill which is now deeply ingrained in the Austrian psyche. This is particularly celebrated in Vienna where a number of concerts and ceremonial rituals take place. Museums and institutions around the city also open their doors for free.

And don’t forget, at the end of summer, the traditional “Almabtrieb” (literally meaning “drive from the mountain pasture”) across the whole of the alpine regions in Austria. Cows that have spent the summer browsing the high mountains pastures are gathered and decorated with flower ornaments and bouquets. Then they are taken down to the valleys and welcomed by the villagers in one big festival. 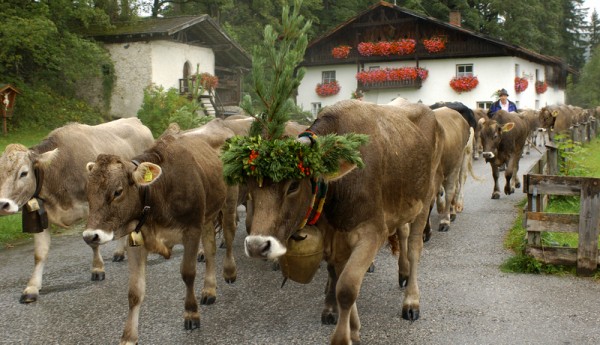 In many places the Almabtrieb has become a popular tourist attraction, with a public festival and booths set along the way selling local produce. Famous Almabtriebs include Soll, Mayrhofen, the Wildschonau valley, Seefeld, Kufstein and Ischgl. The dates of these vary for each location.