Cast your mind back, if you will, to June of 1816 – “The Year without a Summer”. Europe is on the road to rebuilding itself after the Napoleonic Wars, and a young Lord George Gordon Byron has fled Great Britain in the midst of scandal and debt. He travelled up the Rhine towards the Alps, eventually settling for the summer at the Villa Diodati on the southern shore of Lake Geneva. While touring around the lake, Byron paid visit to the historic Chateau de Chillon. 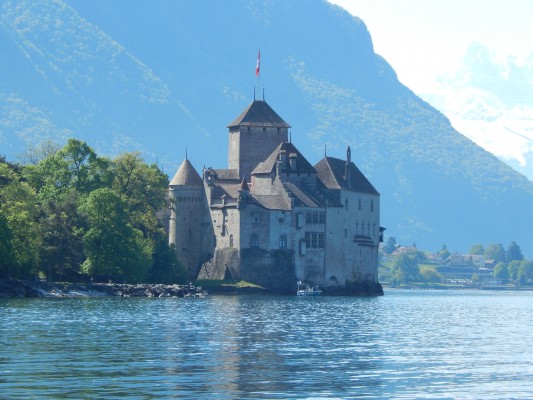 Nestled on a rocky outcropping just off the eastern shore, this castle was home to the Dukes of Savoy, the “Gatekeepers of the Alps”, who ruled the area for centuries. From 1530 to 1536 a man named Francois Bonivard, an outspoken Genevois monk who vocally opposed Savoy rule, was imprisoned in the lower levels of the castle. He spent much of that time chained to one of the castle pillars, before being freed when the castle was liberated by the Bernese in 1536. 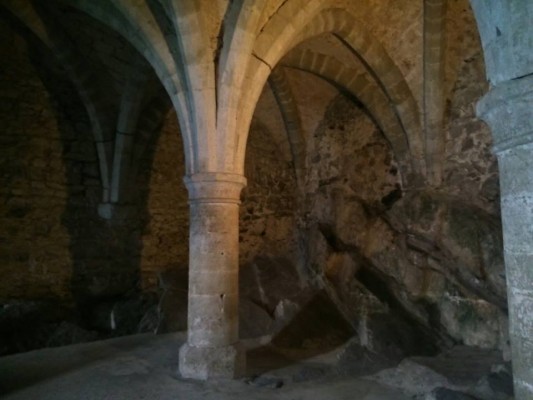 Lord Byron, inspired by the plight of Bonivard, wrote a narrative poem entitled “The Prisoner of Chillon”:

What next befell me then and there

I now not well I never knew

First came the loss of light, and air

And then of darkness too:

I had no thought, no feeling none

Among the stones I stood a stone

Ever attentive to detail, Byron’s poem was full of rich imagery and vivid descriptions, transporting the reader to the dark dungeons below the Chateau. The popularity of this publication spread quickly – many young writers and noblemen, primarily from England, came to the area, seeking to follow in Lord Byron’s footsteps. So began the development of the tourism industry along what was to become the Swiss Riviera, as guesthouses and hotels were built to accommodate travellers. 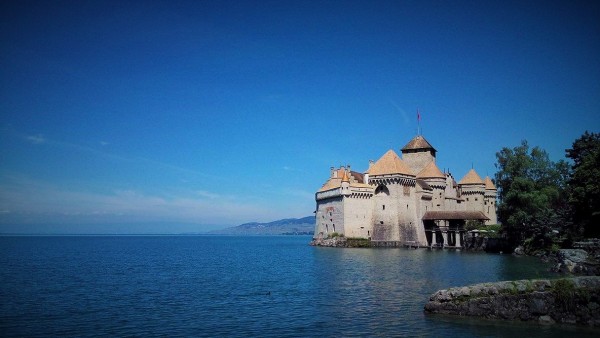 After visiting the Chateau, Byron went off on a “Grand Tour” of the Swiss Alps, but not before setting more literary history into motion. You may recall that earlier I described 1816 as being the “Year without a Summer” (now known to have been caused by the ash cloud from the eruption of Mount Tambora in Indonesia a year previously). Temperatures in Europe were as much as 3.5 °C colder than average. While Byron was staying by the Lake, he spent time with his friends: John William Polidori, Percy Bysshe Shelley and Mary Shelley. They had planned to spend time outdoors, but were kept inside by persistent rain and storms over the lake.

In lieu of outdoor activities, the four spent much time reading fantasy stories, and creating tales of their own to tell each other – Byron challenged each member of the group to tell a ghost story. The ideas that arose from this session led to Polidori composing the short story The Vampyre, while Mary Shelley wrote the novel Frankenstein. These two works, both of a dark tone in keeping with the dark weather over the Lake, were hugely influential in the development of the gothic horror genre, while the latter is one of the earliest examples of what would now be called science fiction.

Though he did not know it at the time, Byron’s visit to Lake Geneva and Chateau de Chillon had a wide-ranging impact on the development of the area, and on literary history. To celebrate Lord Byron, his visit and the works that came from it, the authorities that operate the Chateau, now a museum, are running several exhibits under the title “Byron is Back”. It is their hope that it will illustrate what inspired Lord Byron – who knows, maybe it will inspire you too!