Arnie Wilson is talking all things culinary this week, as he has recently returned from a Gourmet tour with none other than Heston Blumenthal!

Like most ski writers I am always being asked what I do in the summer (I write about skiing or sometimes make for the Andes) , where my favourite ski area is (Jackson Hole, Wyoming) and where would I recommend for a ski holiday. The latest person to ask me where to ski is my dentist, Sven. He’s a strong skier but his wife Anne is a cautious lower intermediate. We’re not talking heliskiing in Alaska! So when I returned to an old favourite, Courmayeur, in the Val d’Aosta the other day, I took advantage of my visit to try to see the resort through the eyes of a – yes, you’ve guess it – a cautious lower intermediate. 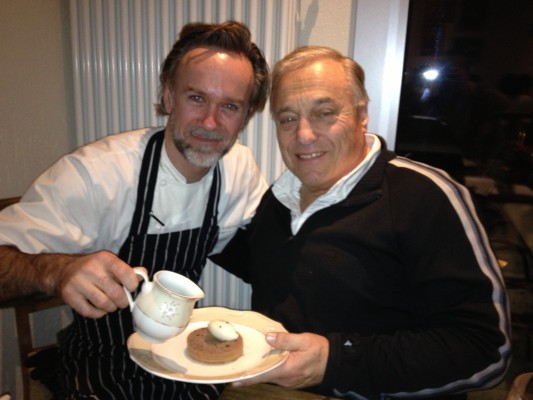 More often than not when I visit Courmayeur it’s been wintry weather in Chamonix and bright sunshine emerging from the Mont Blanc tunnel into Italy’s Val d’Aosta. But this time – when I arrived to report on the inaugural Mountain Gourmet Experience last week– it was a very different story. All the snow seemed to be falling on the “sunny side” of the Mont Blanc Massif. And it kept coming. It was the first major snowfall of the winter there, and who could complain? 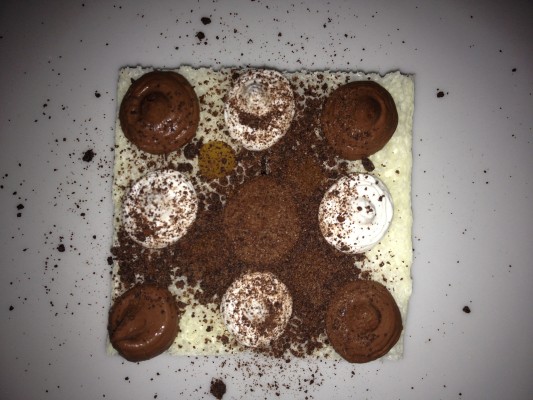 But there wasn’t much time for skiing as far as the three Michelin starred chefs involved were concerned. Heston Blumenthal, who dreamt up the idea with his friend Amin Momen, was not cooking for once, but acting as the host. And Marcus Wareing and Sat Bains were kept very busy concocting culinary delights for 40 clients attracted by the prospect of a happy mix of good skiing and good food. Those who hadn’t skied before (including Sat Bains) were even offered free ski lessons. It wasn’t the ideal occasion to learn: mist and fog often dominated the lower slopes, and the snow kept falling most of the time. But for regular skiers with goggles that didn’t steam up, conditions were pretty good (Damon Hill, the former Formula One world champion racing driver made short work of most of the runs as I endeavoured to keep up with him.) Unfortunately bad light, mist and continuing snowfall meant that plans to ski the celebrated Vallée Blanche from the Italian side – complete with a picnic lunch put together by said chefs – had to be abandoned. Can you imagine – ripping down one of the world’s most famous off-piste descents, shimmying round crevasses while slurping snail porridge and hidden orange pudding? The mind boggles! 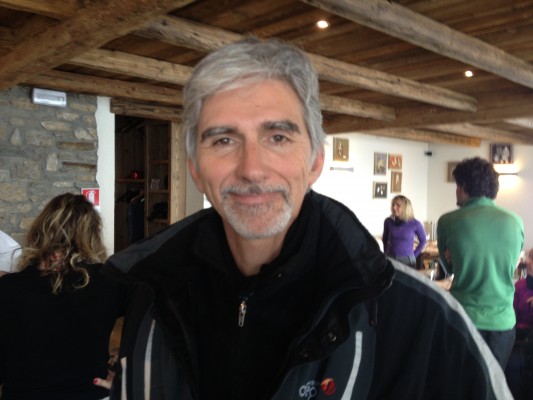 But apart from guzzling great dinners at the celebrated Maison Vieille (run by the charismatic Giacomo Colosi) and La Chaumière, and enjoying Blumenthal’s eccentric mid-morning “Black Forest Gateau Hot Chocolate” with dry ice vapour, a black cherry and a “posh version of a Mr Kipling slice”, what stood out was the quality of the skiing. With 18 lifts serving 22 miles of groomed runs, Courmayeur may not be the largest resort in the Alps, but it certainly punches above its weight. There’s good off-piste and you can heli-ski there too. There’s plenty to do for non skiers down in the attractive town with its pedestrian precincts, and by all accounts the thermal baths at Pré Saint Didier are superb. I was so impressed with the overall experience that when I got back I called my dentist. “Go” I said. Then again, they could always wait for next year’s Mountain Gourmet Experience when you don’t even have to ski at all! 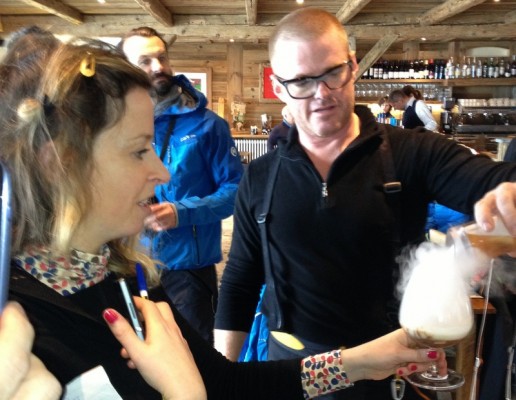