Zermatt has long been a home to serious mountaineers and, until fairly recently, ski-touring was considered to be a necessary skill of only the hardiest; those wishing to break speed and endurance records, summit new peaks or to reach previously un-skied faces. It was a sport of guts, endurance, determination, and Lycra. 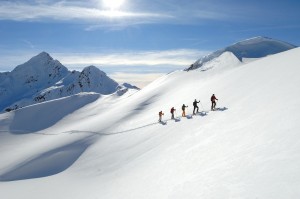 The famous Patrouille des Glaciers, with it’s cult-like following, epitomised this world. Originally a border patrol route taken by the Swiss Army during the Second World War, the race from Zermatt to Verbier via Arolla is still run by the Swiss Army and took place for the 31st time in April 2016. The gruelling race covers 53km and 3,994 vertical metres. Unfortunately however, not many of us are able to claim to be mountaineers of this calibre. Skiing is the reason most of us came mto Zermatt in the first place and until this year we have very firmly stuck to the pistes and the patrolled off-piste areas and with 360km of piste spread over dramatically varying terrain and endless off-piste to be explored, it`s not something we have tired of. However, we wanted to discover other ways to explore the mountains and really make the most of this awe-inspiring place so our answer?  Ski-touring! 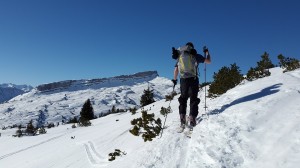 Ski touring has opened up a whole world of possibilities. If the wind was howling and we couldn’t see the end of our noses for snow, we toured through the Scots Pine forests that line the lower slopes. If the sun was blazing we headed up the open valleys, exploring dips and peaks we never knew were there, and when the huge snowfalls came last January, we toured off the well-known trails to find untracked powder and put down fresh lines in some of the best snow we’ve ever skied.   A great all-round form of exercise, ski touring has the benefit of making the mountains accessible (and attractive) whatever the weather. Best of all though? It’s not a hard skill to learn! A 10 minute tutorial will be enough for most. On top of that, skins are lightweight and dual-purpose bindings (for touring and downhill) can be fitted to almost any ski – it’s no longer a case of doing one or the other. If you truly love the mountains then we guarantee that this is a sport for you.

We won’t be looking back! 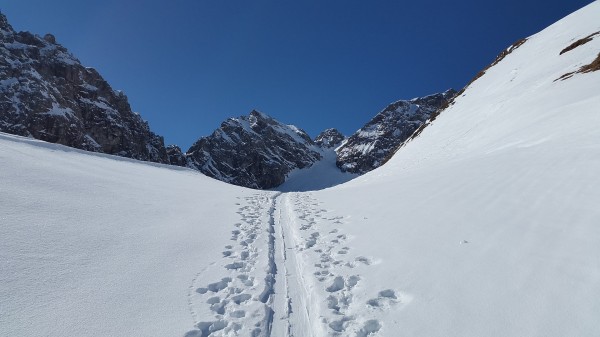