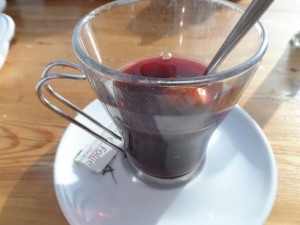 Many of you will know this type of beverage as mulled wine.  In the Alps there are lots variations of this drink, all based around hot wine.  Usually red wine is flavoured with spices such as cloves and cinnamon, sweetened with sugar and given a zesty kick with oranges.  In France this is normally referred to as Vin Chaud and in Austria/Germany the traditional term is Glühwein. Whatever you like to call it, all you need to know is that it tastes pretty good after a hard days skiing, Santé! Warning: Mid-morning Glühweins albeit socially acceptable on the slopes, are not so great for improving your skills! 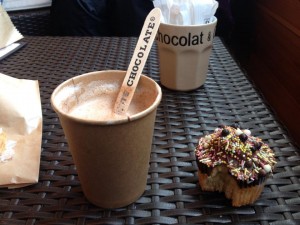 For those of you with a sweet tooth if you haven’t discovered this combination then you’ve been missing out!  A popular choice is lacing the hot chocolate with rum and topping it with whipped cream.  Although a personal favourite is adding a shot of Baileys. If neither of those tickle your tastebuds then just create your own, whether that be adding Grand Marnier, Brandy, Amaretto, Kahlua, Frangelico and many many more.  Just make sure there are lashings of whipped cream on top, Proscht! Warning: Salopettes can feel a little tighter at the end of the week. 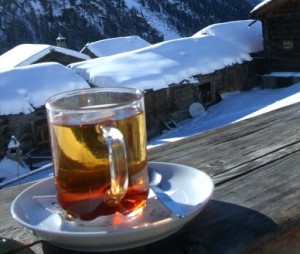 Usually consumed in Austrian resorts, Jagertee (also known as ‘hunters tea’) is made by combining over proofed rum with black tea. It can be served neat over ice but tastes best when mixed with hot water to warm your toes in the cold temperatures of the Alps, Zum Wohl! Warning:  Jagertee has a very strong alcohol content so try to stick to one or two at the end of the day and be sure to make your way down the mountain before touching the stuff! 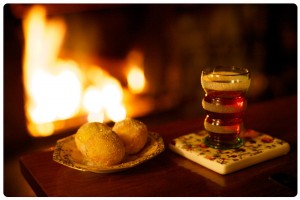 An Alps favourite, enjoyed by many people in many resorts. It’s the combination of vodka and toffee sweets in a bottle which has been left overnight giving time for the toffee flavour to infuse the vodka.  Served in a shot glass cold but it certainly warms you from within, Kippis! Warning: It tastes so good and in such a small glass it’s very tempting to keep knocking them back, be wary that alcohol at altitude can affect you differently. 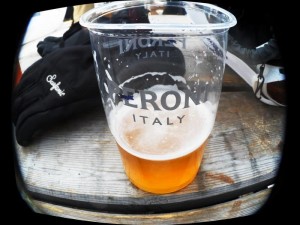 For a more refreshing and thirst quenching drink opt for a Demi-Peche. Commonly found in the French Alps.  You might have found yourself looking at someone’s pint wondering why it looks slightly cloudy with a more vibrant colour.  Effectively this is simply a lager with peach syrup in it.  But no, no, no, it’s so much more than that! Don’t knock it till you’ve tried it…However a good old fashioned pint with your croque monsieur at lunchtime also goes down very well, Salute! Warning: Can be consumed as easily as squash, tread carefully.

And if none of those take your fancy, never fear, you can still get your classic cuppa or G&T in most bars and restaurants on the slopes, Cheers! 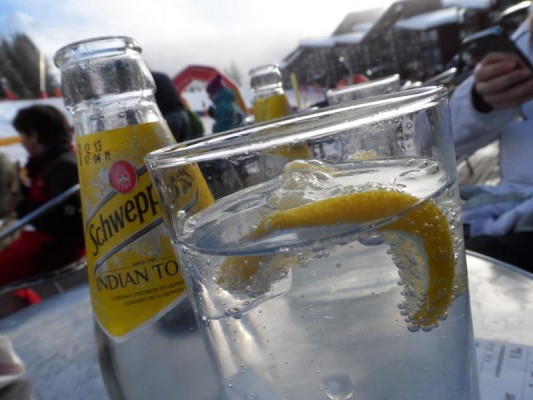 3 Replies to “Top Tipples to Ease the Freeze”