A visit up the Niesen is a must-do while you’re on holiday in Kandersteg. The funicular is so easy to reach – simply hop on the train from Kandersteg and its only 25 minutes away (no changes required either!). You alight at Mülenen and to make it even easier, the funicular departs right next to the train station! The other good news is that the Niesen is covered on the Regional Pass.

The Niesen funicular runs on steep metal rails, but there are no cogs. A metal cable running around two wheels joins two separate wagons together. The 3,499 meter ascent is divided in two sections with two carriages going up and down the Mülenen-Schwandegg section and two between Schwandegg and Niesen Kulm. The maximum gradient is 66 % in the first and 69 % in the second section. Nice!

The funicular has been transporting guests up the mountain for almost a century. 26th August 1906 was the first day of work on the construction of the new funicular railway to the Niesen summit. Until 1910, an average of over 200 men were employed on this challenging construction. In those days there were neither cranes nor helicopters. This complicated construction was achieved with the use of an auxiliary timber structure and manual labour. The Niesen Railway began services on 15th July 1910 and the very first guests were carried up the mountain. 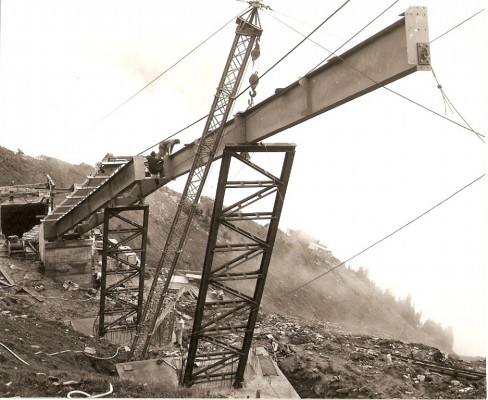 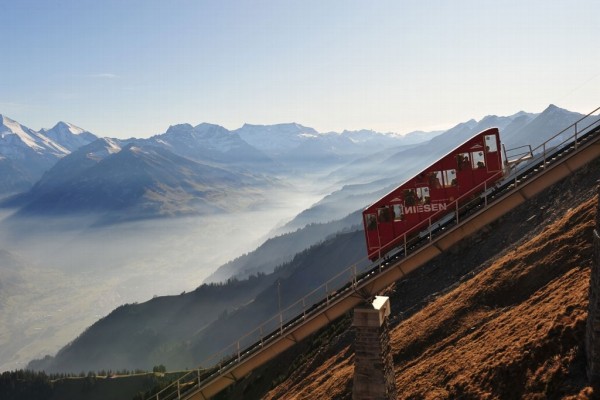 The Niesen is often referred to as the Swiss Pyramid due to its triangular silhouette. At the summit a magnificent 360° view over Lake Thun, the Kander valley, the towns of Spiez, Thun and Interlaken, and the rest of the Bernese Alps awaits you. You can even spend the night here in the hotel and watch the sunrise. 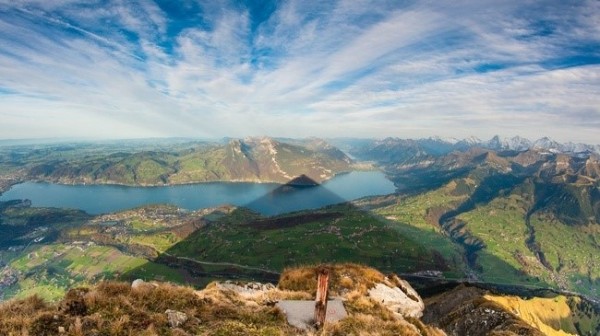 There are many different hikes that you can undertake on the mountain. A popular one is walking from the mid-station to the summit. This is, however, fairly steep so please do ensure that you have a reasonable level of fitness! The trail is well marked and the views from the stop are truly spectacular. 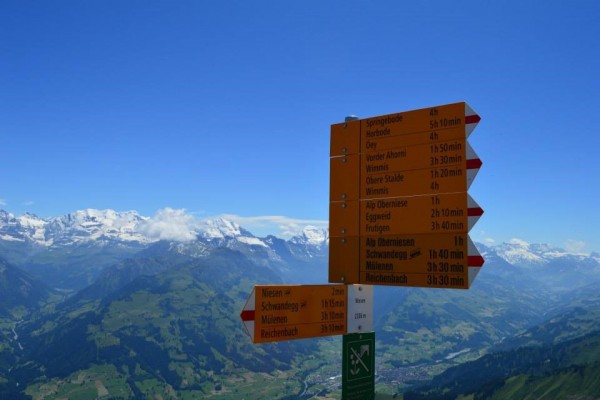 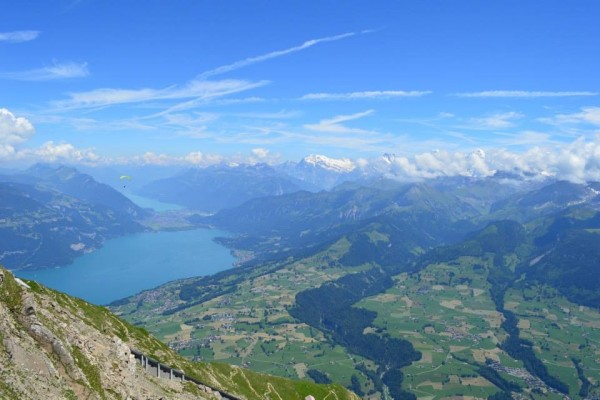 You’ll see many paragliders on a clear day soaring in the sky. You can enjoy these sights whilst relaxing in the lovely restaurant which has both indoor and outdoor seating. There’s also an outdoor playground to keep any young children amused. 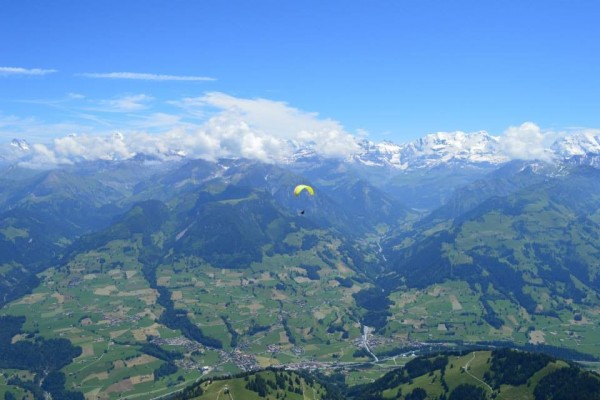 You can walk along the pathway overlooking the mountain with boards along the way providing information about nature, history and legends around the Niesen. There’s also a panoramic point facing the other direction behind the restaurant. This is about a 10 minute walk each way. From the restaurant there’s also a great viewing plaza slightly higher up. 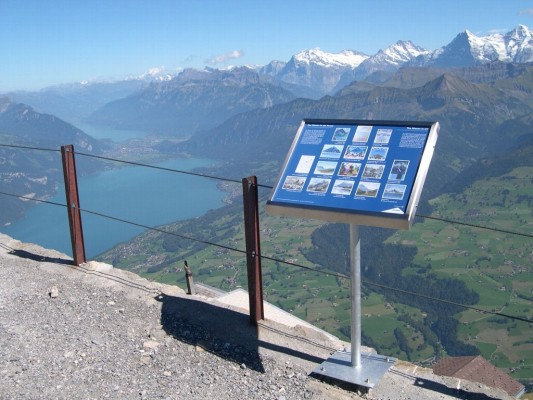