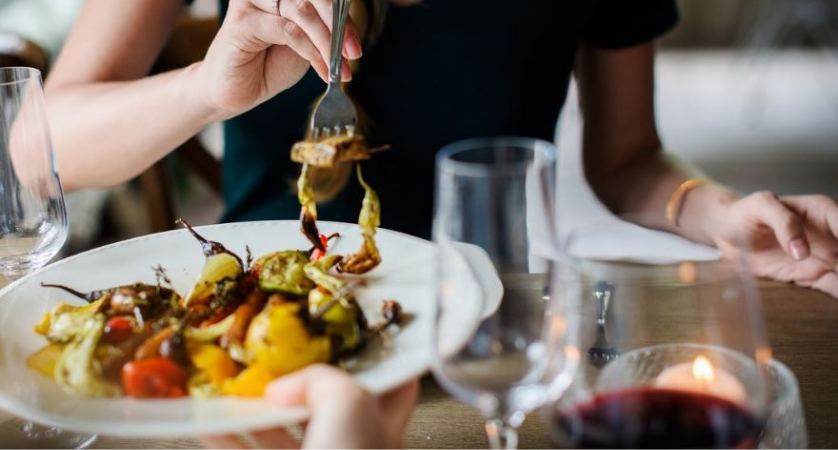 For thousands of years, Italy has perfected its methods of curing meat, making pasta and fermenting grapes to bring us some of the most artistic gastronomical delights in the world.

From hand-prepared orecchiette pasta in Puglia to the sumptuous wines of Lake Garda, read on to see what fine delicacies you can uncover across this stunning country.

The olives grown in this region are enjoyed all over the world and are considered to be some of the best in production. What makes the olives so delicious is that they are left to ripen for much longer until they get their distinctive brown, purple or black colour. Enjoy them on their own or try some fresh Liguria olive oil, which is perfect for bread-dipping or drizzling over a light salad or pasta dish.

Another Italian favourite, Liguria is also the birthplace of pesto. An old, sacred recipe, you won’t have to look far to find an appetising pesto dish. Locally-picked basil, pine nuts, garlic, salt, olive oil and cheese are mixed together to create this flavoursome, world-loved paste. But rather than just having it with pasta, in Liguria, you’ll find it mixed with potatoes and green beans, on swordfish, with gnocchi, ravioli and even used to create green lasagne.

The heel of Italy’s ‘boot’, Puglia is a southern region known for its vast stretch of coastline, sun-bleached homes and old farmlands. Puglia serves up the epitome of Italian life and is the perfect getaway if you’re looking for a slow-paced holiday with wonderful architecture, gorgeous coastal villages and incredible heritage in one place.

In terms of its gourmet delights, Puglia is famous for its pasta, in particular orecchiette (“little ears”), which is a small, round and concave pasta. Thought to date back as far as the 12th and 13th century, orecchiette is finely crafted by hand. You won’t want to visit this region and not sample a stunning dish of orecchiette alle cime di rapa, a regional classic made from broccoli rabe, anchovies and garlic.

To wash down your orecchiette dish, you’ll want to reach for a local, Puglian glass of red wine, Primitivo. Home to a variety of indigenous grapes, Puglia is the second-largest wine region in Italy. Pairing well with almost any dish, you’ll want to ensure you enjoy a glass (or two) of the region’s potent and fruity, full-bodied red wine. 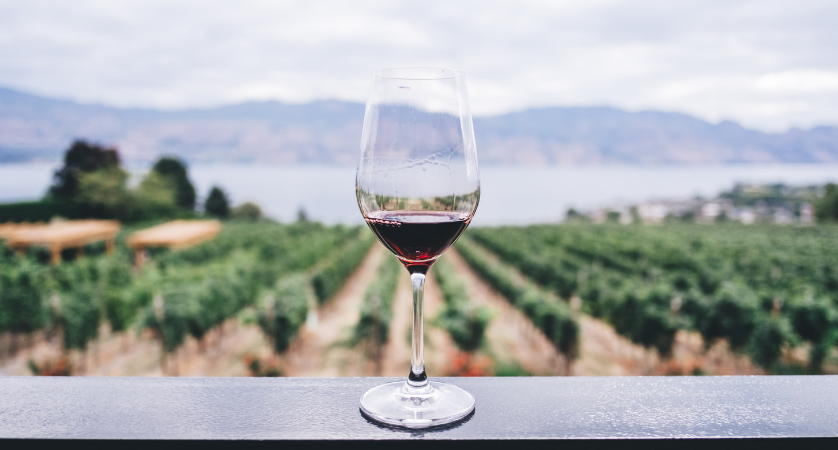 Who can resist a visit to Italy’s biggest and most iconic lake, Lake Garda? This gorgeous, postcard-perfect destination is extremely popular amongst tourists, but there is more to this stunning region than its dramatic cliff faces and crystal-clear waters. In Lake Garda, happiness can be found at the bottom of a glass of Amarone or Lugana wine while taking in the striking vistas before you.

Wine-making in Lake Garda is a sacred practice with an incredible history. Archaeological excavations of local areas have found vast amounts grape seeds dating back to prehistoric times, with more recent evidence being obtained from remains found in Ancient Roman villas as well as documentation regarding wine-making in Lake Garda from the middle ages.

Whether you prefer a drop of red or white, Lake Garda has varieties of both wines to enjoy all over the region. If you’re visiting in early October, you’ll want to make sure you attend the famous Bardolino Wine Festival, a major event in Lake Garda for locals and tourists alike. The small town of Bardolino is transformed into a food and wine celebration, with oak caskets and stalls set up on the promenade ready for eager wine tasters.

Breath-taking landscapes, world-renowned artistic heritage and quaint cities are the essences of Tuscany. A slower pace of life can be found here, particularly in Tuscany’s old medieval villages and historic towns. If you’re looking for more hustle and bustle, venturing to the region’s capital, Florence, will romance and enchant lovers of the Renaissance era.

When in this charming region, you’ll want to sample the cured meats on offer. In Tuscany, you can forget store-bought meat platters to pair with your wine. Hand-crafted and prepared using centuries-old methods, the meats in this region are out of this world. You won’t want to leave this region without at least trying finocchiona (a type of salami), lardo di colonnata (spice-cured lard) and Tuscan PDO Ham (sourced from locally-reared pigs).

If you’re looking to try a Tuscan specialty, you’ll certainly want to try a wild boar dish. Wild boars are considered a bit of a pest in Tuscany, as they are known for destroying vines and feeding on grapes. Hunting is carried out between November and January as a way to control their population. The tradition of hunting and then cooking wild boar meat started in Maremma, but there are various wild boar delicacies on offer all over Tuscany, including cinghiale in umido (wild boar stew) and pappardelle cinghiale (wild boar ragu). 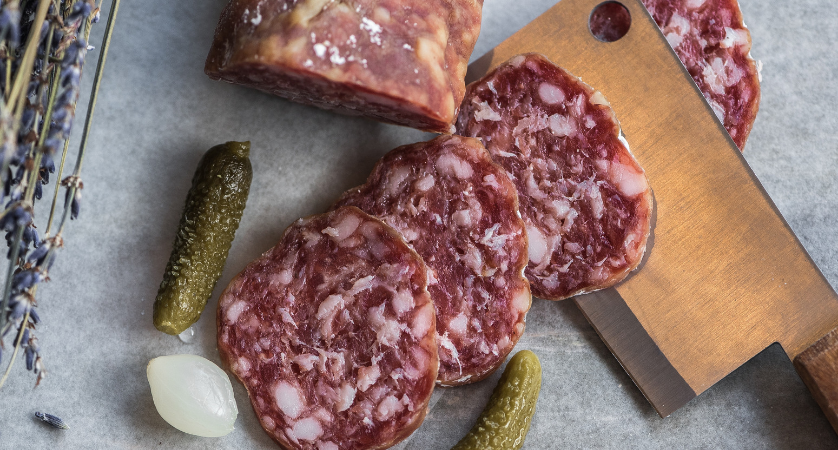 Sardinia is an outdoor explorer’s paradise, with a rugged coastline, white sandy beaches and mountainous hiking trails just waiting to be discovered. The island region also has an intriguing history as it is dotted with over 7,000 nuraghi, which are tall, beehive-like Bronze Age towers and settlements dating all the way back to 1,600 BC.

The second-largest island in the Mediterranean Sea, Sardinia’s 2,000km of coastline makes for a fantastic seafood offering. If you’re a lover of fish, shellfish and even octopus, Sardinia is the region to enjoy a varied taste of Italy’s waters.

Depending on which area of the island you visit, you are certain to encounter a local seafood dish. In coastal towns, seafood and shellfish-based dishes are popular as well as pasta with clams or fish eggs and spaghetti with sea urchins. Venturing further south of the island to Sulcis, you’ll be able to find plenty of tuna-based dishes, with this widespread fish being caught in some of the oldest fishing nets in Europe.

Italy’s ‘green heart’, Umbria is a lush green paradise that moves at its own pace. From medieval hilltop towns to dense forests and lush valleys, Umbria is a land-locked wonderland of its own. Although there are no coastal delights in this region, Umbria is home to one of the largest lakes in Italy, Lake Trasimeno.

Although the region is famous for its wine, Sagrantino, Umbria is also famous for its pork. A visit to Umbria shouldn’t be without trying the variety of pork on offer, which includes ham, salami, sausages and other more unusual meats you’re unlikely to find anywhere else.

If you’ve visited other places in Italy, you’ll likely have come across the salami, norcineria. This term refers to an artisanal method of butchering and curing pork and comes from the Umbrian town of Norcia. Local craftsmen of the trade were considered masters of the art, with neighbouring communities imploring them as butchers and even surgeons. A visit to Umbria shouldn’t be without trying the variety of pork on offer, which includes ham, salami, sausages and other more unusual meats you’re unlikely to find anywhere else.

As well as being home to some of the best meats in Italy, Umbria is also the biggest producer of truffles in Italy. Truffle hunting is an age-old tradition in Umbria, with many families having hunted this delicacy for hundreds of years while keeping prime hunting spots close to their chests. With an abundance of truffles, you’ll certainly want to try truffle-flavoured foods when in this divine region. Try it grated over pasta and risotto or even in salami, cheese, olive oil and so much more. 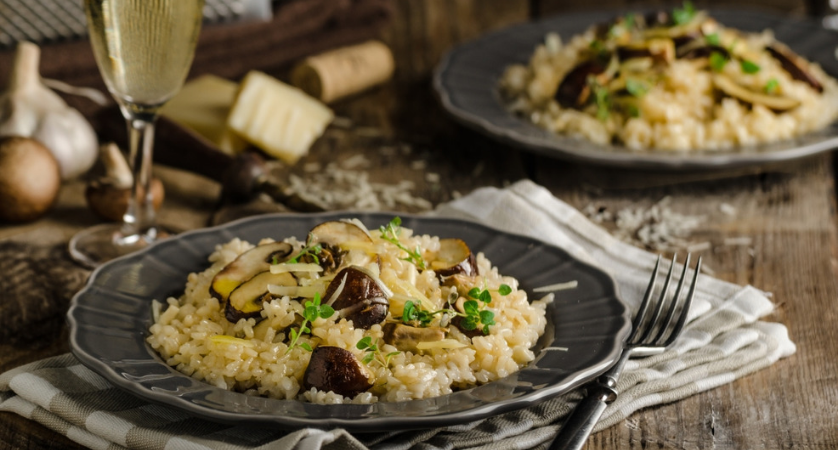 If you’re a lover of sweet foods, Sicily is sure to win your heart. If you thought Italian gelato was out of this world, you have yet to try the Sicilian version, granita. A semi-frozen ice-cream, granita can also be served with brioche for a delectable breakfast treat during the summer. Other sweet dishes include Sicilian cannoli, Cassata siciliana and Sicilian chocolate (from Modica), just to name a few.

But sweets are not all this island region is famous for. Having been inhabited by different nations over many centuries, Sicily has a diverse range of dishes to be enjoyed that all bring their own flair to the table. For example, in the foothills of Mount Etna, you’ll find the Bronte pistachios which have been growing in this small village for centuries and were first cultivated during the Arab rule in Sicily. It was also during this era that apricots, rice, citrus, nutmeg, pine nuts cinnamon and other aromatic ingredients started being added to dishes (think arancini!). Later, the Spanish introduced cocoa, turkey, tomatoes, peppers, maize, and other ingredients that are used in some of Sicily’s most famous dishes such as pasta alla norma.

Located in Northern Italy, Emilia-Romagna is somewhat of a foodie paradise where finely cured meats and hard cheeses are aplenty. Here, you can enjoy stunning dishes lovingly combined with generous amounts of seasoning, olives, meats, fish, salami, cheeses and Lambrusco, a delightfully crisp sparkling red wine. Not only this, Emilia-Romagna is famous for tagliatelle al ragù, or more commonly, bolognese. But rather than serving it with a big helping of spaghetti, in Bologna, only homemade egg-based pastas such a tagliatelle or lasagne will do.

The region is also famous for parma ham (prosciutto de parma) where it is commonly stuffed in tortellini with potato and hard cheese and even wrapped around melon or figs. Emilia-Romagna is also the birthplace of Parmigiano Reggiano, a famous parmesan cheese loved around the world and exclusively produced in just the western half of the region.

Another indigenous delicacy is original balsamic vinegar, but not like the type you’d find in your local supermarket. Aceto balsamico tradizionale offers a much more sophisticated flavour that’s rich and divine. The vinegar is left in aged barrels to ferment and thicken over 12 years while slowly absorbing flavours of cherry, oak, juniper, mulberry and more, a process which is centuries old.

Looking to sample some of Italy’s finest gourmet delights on an all-encompassing tour? Our Gastronomic Tour of Central Italy is sure to whet your appetite, with guided foodie tours and sightseeing opportunities in Florence, Orvieto, Perugia, Assisi, Urbino and Bologna.

Want to know more about our Italy holidays? Check out our fantastic deals today or contact the Inghams Italy team on 01483 791 100.