Of the excursions offered by Inghams in Lake Bohinj, my absolute favourite would have to be the day trip to the Predjama Castle and the Postojna Caves.

After an easy 2-hour trip on the coach we were entertained by our M Tours guide who filled us in on what to expect on our excursion before arriving at our first destination, the incredible Predjama Castle. 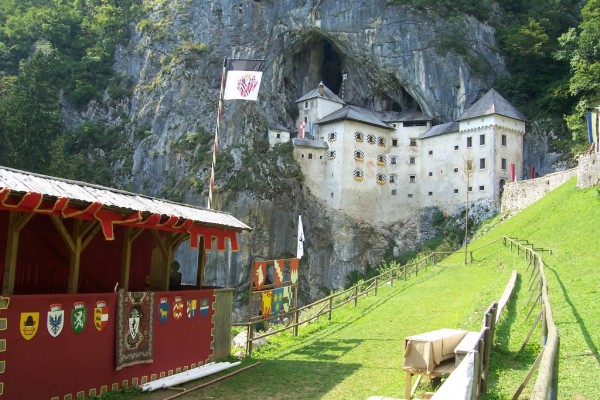 As you step off the coach the first sight of the castle is truly amazing!  Predjama is a renaissance castle built entirely in a cave mouth well above the valley floor. A castle was first mentioned here in the year 1274 though the current structure was built in 1570, pressed next to a vertical cliff under the original Medieval fortification. The castle has remained in this form, virtually unchanged, to the present day.

A local guide is provided for the first part of the tour and she was excellent, informing us of the history of the castle and the entertaining story of Predjama’s most famous inhabitant Erazam Lueger. According to her tale, Lueger was a robber/baron who lived there in the 15th century and is compared locally to Robin Hood. I won’t spoil it by telling you the full story though, you’ll be able to find out for yourself!

After a 30 min tour we were free to wander around the rest of the castle and to explore the older ruins and cave of the original castle from the 13th Century. It’s just amazing and the view from the upper ramparts across the valley is stunning.

After a quick coffee it was time to head for the Postojna Caves, only a short drive away and on arrival there’s time for a bite to eat.

A quick tip! Don’t head for the first restaurant for something to eat, that’s where everyone goes, head further along and there’s plenty of cafes where you can find something tasty and you’ll get served a lot quicker!

Some people say that if you have seen one cave system then you have seen them all. This is not the case with the Postojna caves which are some of the largest in the world! This beautiful underground world was created through the natural work of the river Pivka; its stalactites and stalagmites make this cave system one of the most beautiful. 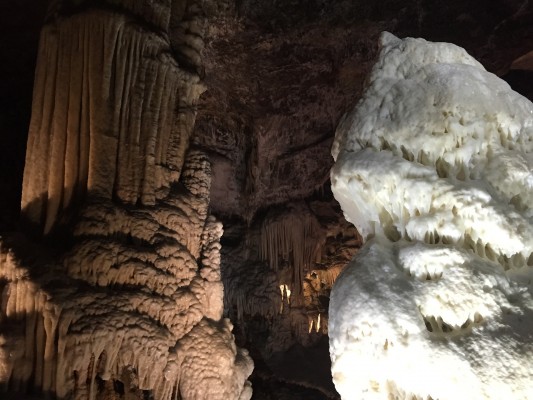 An electric train takes you on a ride further into the caves where you are greeted by a guide who will then walk you through the most interesting parts of the caves.

The cave system runs for up to 20km and at times you are up to 100mts underground, although the chambers are so large you don’t feel like it so there’s no need to panic if you’re a little concerned about closed spaces.

The walk itself is an easy one on non-slippery walking trails. The temperature is a constant though 10c so remember to take a warm jumper with you! Non flash photography is permitted too so you’ll be able to take loads of fantastic photos!

As you come to the end you’ll find yourself in an absolutely enormous chamber that has a rather haunting echo. The English speaking guide we had sang an aria for everyone and the echoes continued for 6 seconds!

This was easily one of the most amazing natural sights I’ve seen and combined with the fairy-tale nature of the Predjama Castle makes for a very memorable day out!

I’m sure you can understand why it’s my favourite!