As much as I have grown to love the village of Mayrhofen, sometimes it is nice to get out for a change of scenery. Fortunately thanks to our excursions, this is a weekly possibility. It really can be refreshing to take in the sights of the local cities and experience a different side of Austrian culture. So here is my guide to my favourite day trips from Mayrhofen. Let’s start with the perfect little city of Innsbruck. In the last 8 weeks I’ve grown rather fond of this place with its quaint architecture and bustling energy. In fact, that is where I’m writing this right now. It doesn’t really seem like work when I can sit here and take in the gorgeous place from my table in the centre of the old town. Sat under the golden roof is possibly the best office I’ve ever had. Throwing the occasional wave as a guest passes me with a huge grin on their faces, cameras flashing in all directions, just makes being here so worthwhile. But there’s so much more than just history in Innsbruck. The city has twice hosted the Winter Olympics and the snow season here is a hugely popular place for a lot of freestyle skiers and snowboarders to train and practice for competitions. Team GB star Jamie Nicholls admits he is in love with the snow here. The main draw here though, has to be the Bergesel Ski Jump which has twice been used in Olympic competitions, most recently in 1976.

On a completely different kind of excursion from Mayrhofen we would find ourselves at the Krimml waterfalls. I couldn’t believe the power of these falls the first time I visited. Over 50 Olympic swimming pools worth of water are passing over the falls at any given second – That’s more the 150,000 cubic meters of water and with the top at 1400m altitude, they are the highest waterfalls in Europe! Situated next to the tiny village of Krimml (population 871 at the last count) they really do dwarf everything at that end of the Gerlos pass – That’s the road taken to get there from Mayrhofen and in itself is more than impressive. It’s Austria’s second highest driving road and also briefly featured on BBCs Top Gear in the Clarkson era. A few years back Hammond, May and Jeremy all visited the road in their search for Europe’s greatest driving road. Not only is this road a fantastic piece of asphalt spaghetti draped on the side of an Austrian alp giving drivers (and their passengers) a thrill to remember but the views are just to die for (not literally of course). Passing the Derlosboden reservoir is a real sight to behold, especially with it being backed by the rather impressive Reichenspitze mountain which stands at 3303m. Now the falls aren’t only great for a spot of sightseeing. I’m sure most people have hear the rumour that waterfalls are said to have healing properties and most like me, probably dismissed this as an old wives tale. In the case of Krimml however, this has been scientifically proven and the spray from the bottom of the falls can aid with respiratory and arthritic problems! 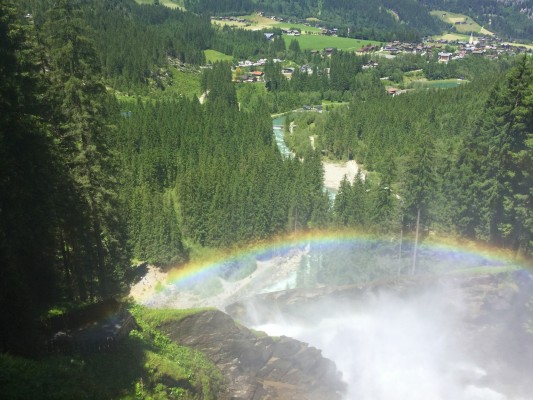 Back on the city trail we find ourselves in one of Austria’s most famous locations, Salzburg. Here the hills are quite literally alive with the sound of music (excuse the pun) and Salzburg remains one of my favourite cities in the world. Not only is it the birthplace of one of the most famous composer of all time, Wolfgang Amadeus Mozart (Wolfie to his friends I’m reliably informed), but it is also of course the setting for one of the greatest musicals, The Sound of Music. Having played Friedrich von Trapp in the stage show in my youth it was amazing to see the places where the von Trapp family actually were and then were the film was . . . well filmed. There is so much more than just music here though. The architecture is simply breath-taking, the churches especially. This is really where you can see the pride this country has in its religion. The attention to detail in some of these buildings in just incredible. Definitely worth a visit in my opinion. 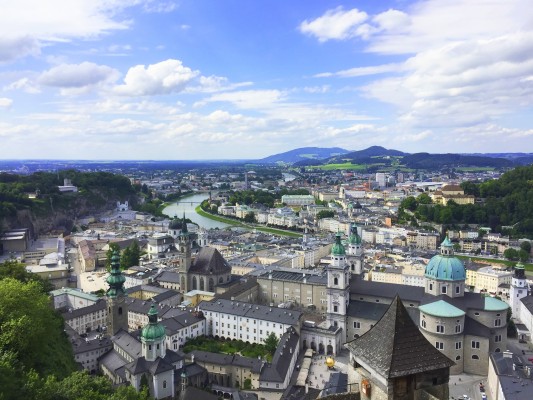 My 4th and final trip is a really enjoyable one. Heading over to some of our nearest neighbours outside of the Zillertal you would find yourself in Rattenburg and Achensee. Both with their individual brilliance and heritage, there is so much to take in. Let’s start with Rattenburg. Austria’s smallest city, it’s particularly famous for its glass blowing. A tour of the factory there is an absolute must, if only to see this art form at work. After this, there are the castle ruins to look around before a stop for lunch at cafe Hakker. I know it’s a bold claim but they serve, quite possibly, the best cake I have ever had. So much so that it normally makes up my starter and desert when I go there for lunch; Cake, pizza, cake – the diet is going well Mum, I promise. Heading on the Achensee, or lake Achen to give it its English name (see meaning lake in German, a grammatical faux pas of mine that the locals found hilarious calling it Lake Achensee). This picturesque lake just can’t be beaten for striking scenery and it isn’t only Austria’s deepest and largest lake, after going for a paddle I’d argue that it’s also the coldest. It also contains a pair of my socks after a practical joke by our resort manager (black Umbro ankle socks if anyone comes across them).

So now you can see why I love this job so much,