The Tyrol only has one large fresh water lake and I’m very happy and proud that it is the Achensee!  I have been in Pertisau for a couple of months now and the lake really does define this small village on the western shore of the Achental valley. 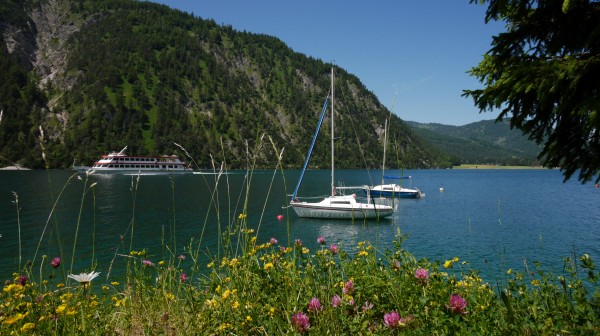 I’ll give you a few geographical facts about the lake: It lies at a height of 939m above sea level, stretches 23.2km in circumference, 9km in length and 1.5km in breadth. At its deepest point, the lake also reaches a depth of 133m making it the deepest lake of any kind in the Tyrol.  Its crystal clear water changes colour and spring bubbles give the lake a rather mystical feel.

It’s the lakes beauty that deservedly attracts so many visitors during the summer. Sailors and surfers appreciate the excellent wind conditions and divers value the 10m water visibility. The lucky ones may even find a treasure or two down below! On very hot and sunny days, you could mistake the Achensee for the Norwegian Fjords or even for the Caribbean with its beautiful emerald green and turquoise colouring, thanks to the reflection of the limestone rock. I’ve seen the lake in all different weather conditions (snow aside of course) and even on stormy and rainy days, the lake is beautiful. At times it’s even had me comparing it to Scotland as though I were on the lookout for Nessie in Loch Ness!

The lake is extremely well served by boat and train which nicely interconnect with each other, making it incredibly easy to combine the two attractions in a day. You certainly can’t miss the boat as it lets off a large hoot to warn everyone of its approach to the jetties. At first, this used to frighten me no end but not anymore! The old cog train vividly does exactly what it is depicted in the ‘School at the chalet’ by Elinor Brent Dyer: ‘The little steamer waited ten minutes, then her whistle blew and off she went’ (The School at the chalet, 1925, p52).

As early as 1887, the first steamship set off on a leisurely cruise across the lake and that was the St. Joseph. The lake even had a royal seal of approval! The emperor Maximilian I was very fond of the lake and was a keen fisherman and hunter here 500 years ago. His summer residence housed his illustrious summer hunting guests and is now the ‘Furstenhaus’ hotel which is the oldest hotel in Pertisau and occupies a prominent position on the front of the Achensee. Guests who check into the karwendel suite and step onto the balcony apparently feel like they are floating above the lake!

There are various bathing spots around the lake which are perfect for swimming and paddling for anyone who isn’t quite brave enough to fully immerse themselves in the coldest lake in the Tyrol. With a top temperature of just 20 degrees, it’s not too hard to see why! As a handy hint, you’ll need to head to the south of the lake to find the warmest temperatures… There is also a viewing platform or should I also say diving platform, called the Aussichturum built in 2015 and made of wood and steel to naturally blend into the surroundings. On the 12th August a diving spectacle will take place; ‘chill and jump #Achensee’ in which top divers will be jumping from the 14m platform. This will be accompanied by music and fireworks! Not to be missed if you happen to be here on holiday.

On the east side of the lake you will find a 10km trail from Buchau to Acheneehof called the ‘Wusel Seeweg trail’ for children. Without further ado then, let me introduce you to Wussel! He is a special water spirit and a mascot for the Achensee region who accompanies children on their adventures around the lake. He lives in the clear blue brook between the mountains and at the bottom is his castle and kingdom. However, he is missing a crystal (surely a Swarovski one!) for his perfect ceremonial room and he urges children to help him and in return they will receive a lucky stone! 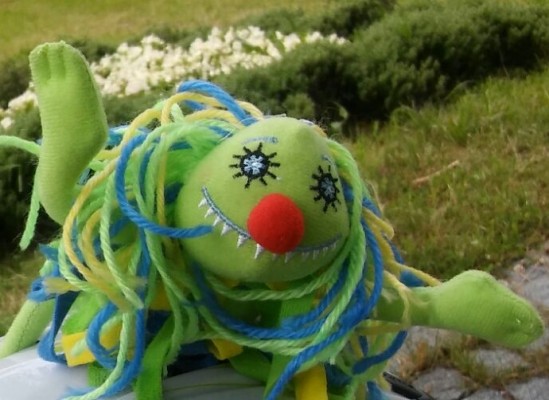 The Lake Achensee is a special experience for everyone who comes to visit and I’m sure it will deservedly continue to be a favourite alpine resort for many hundreds of years to come.