When John Mather retired he and his wife decided to celebrate with an 8-week long, extended ski holiday to Filzmoos. The pretty, little ski resort captured their imagination and the 8-week ski holiday is now a yearly tradition. John reveals to us why Filzmoos has such a special place in his heart…

All skiers have their favourite resorts and there are many excellent resorts, each with their own particular characteristics. As for skiers, we are all different too, with respect to our likes and dislikes.  So people new to skiing are well advised to do some research and try to choose a resort suited to their needs.

Delores and I learned to ski when we were 50; it’s never too late to learn! We chose Filzmoos in Austria, which, in the Inghams’ brochure, sounded as though it would be an ideal place to learn to ski – and how right we were.

That was when we well and truly got the ski bug. For the next ten years we returned there to ski year-in-year-out.  We also squeezed in several one-week skiing holidays in other resorts in France and Italy, and even Canada. We enjoyed them all.

When retirement came around, it seemed a good idea to celebrate with an extended skiing holiday, eight weeks in fact. It took us all of two minutes to decide where to celebrate retirement. There was no better place for our eight-week ski holiday than where it all started ten years ago, in Filzmoos.

After our first four weeks, we concluded that our ‘one-off’, extended ski holiday was a mistake. It wasn’t enough and we immediately booked eight weeks for the following year! If you read to the end of this story, you’ll probably be surprised to find out how many eight week holidays we’ve spent skiing in Filzmoos.  We sure know the piste terrain like the back of our hands! 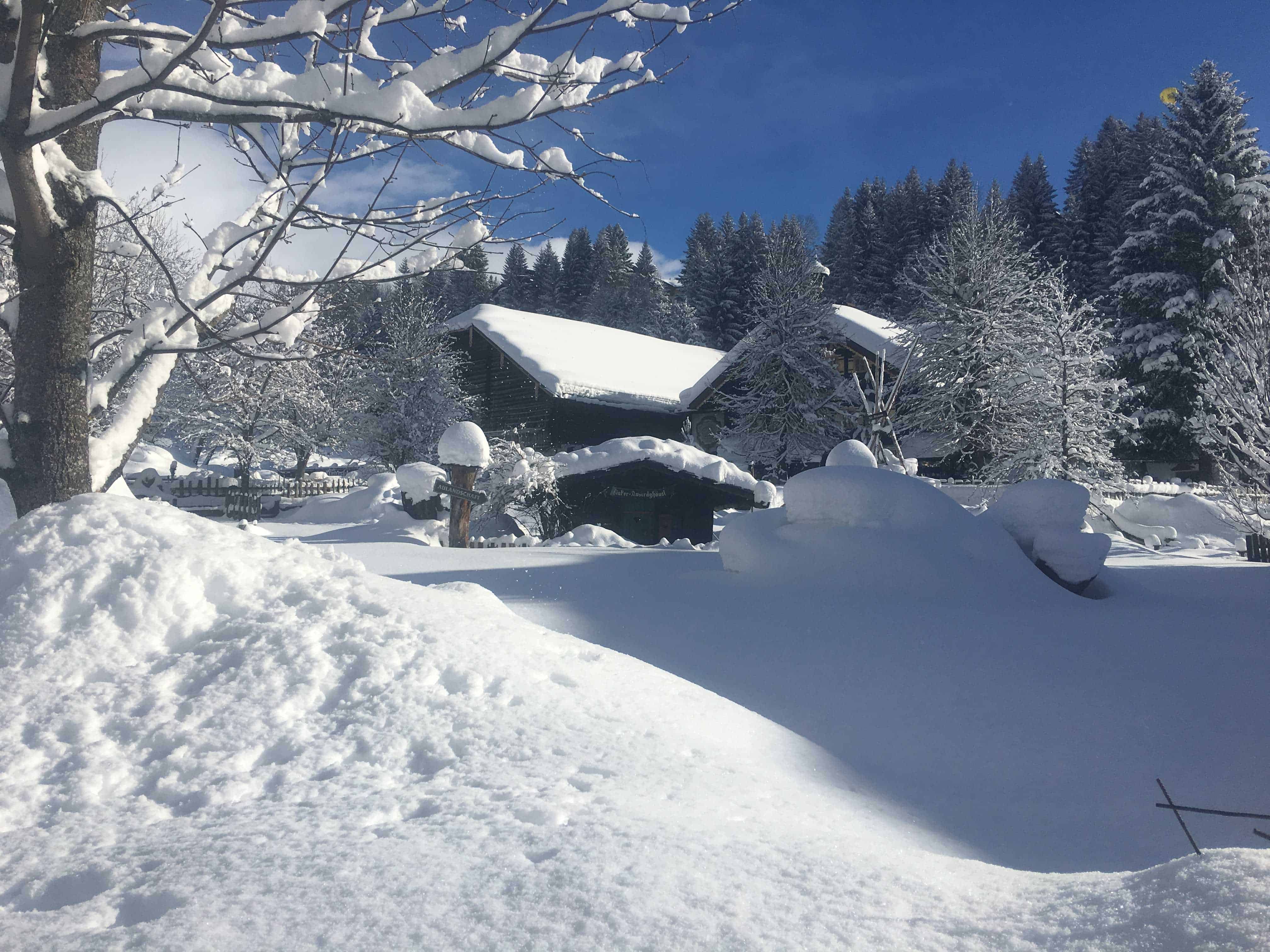 Our choice of resort on that first extended holiday wasn’t for sentimental reasons. We knew that there are many factors involved in an enjoyable skiing holiday. And we weren’t looking for 56 nights of ‘clubbing it’ or wild apres-ski.  We’d skied in enough different places to feel that a friendly resort with a peaceful and relaxed atmosphere would be just the ticket.

Filzmoos has only a modest selection of pistes, although that’s not to say that one or two are without some challenge for intermediate skiers! Filzmoos is nevertheless part of the vast Ski Amade circuit and the lift pass covers the whole area. There’s plenty to ski each day. I ski virtually every day, but usually just until lunchtime. I love skiing, as does my wife. I love the general ambience, not to mention the majestic scenery.

The scenery in Filzmoos is magnificent and the people (including the lift attendants) are extremely friendly.  It has a peaceful and relaxed atmosphere.  Queuing time for ski lifts even in peak weeks can only be described as minimal – and it’s virtually non-existent at other times.  Similarly, pistes are not crowded and brightly coloured hot air balloons starting their journey in Filzmoos are a common sight, complementing the snow-capped mountains.

Temporary lift closures due to high winds and low cloud are almost unheard of, helping you get the full value out of your lift pass.  The pistes are extremely well groomed, suiting the needs of adults and children learning to ski, as well as those of us with advancing years who aren’t out on the pistes seeking every challenge possible.

Filzmoos has a way of winning over people’s hearts and imaginations. Skiers return here year after year. I no longer ask people if it is their first visit to the resort – I usually say something like “I assume you’ve been here many times over the years”. The answer often confirms tens or twenties and sometimes even more than thirty previous visits. It’s a little gem with a very good snow record and it’s a difficult place to leave.

I could go on and on, but hope I have painted a picture of Filzmoos that will help you decide if this is the place for you.  Oh! And just in case you’re curious to know how many times we’ve been here since that initial ‘one-off’ retirement celebration, this is our eighteenth eight-week skiing ‘holiday’ in Filzmoos!  Yes, we know how lucky we are.

Find out more about Filzmoos >