Thousands of years ago Romans mined here for silver, copper, zinc and coal on the mineral rich slopes and gorges. Years later local legend would have it that the ruins of the silver mines were guarded by some rather territorial fairies who would chop the heads off anyone who tried to explore or excavate the ruins. Silver mining was then followed by coal mining, which brought electricity, roads and the first cable car to Alpe d’Huez. Artefacts from Alpe d’Huez‘ mining past can be seen at the Brandes archaeological site. 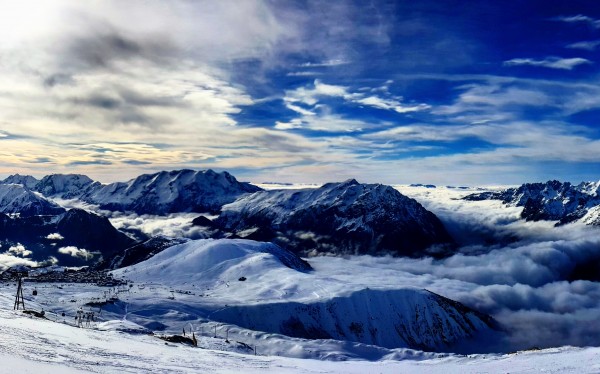 Alpe d’Huez is one of the oldest skiing destinations in France and it was first skied back in 1911. It wasn’t until 1936 however, that a ‘pomer’ lift was introduced into resort. During the next few years the resort developed rapidly but then ground to a halt as World War Two began.

During World War 2 Alpe d’Huez and the surrounding area played a very active part in resistance against the German invasion. Many of the local residents harboured fleeing members of the Jewish population, downed American airmen, and anyone attempting to flee from the Germans.

Following that period, the post war years saw a huge amount of development as more city dwellers came to the Alps, to experience the breath-taking views on offer in Alp D’Huez and between 1946 and1963, thirty three hotels were built here. A large part of this growth was due to the arrival of the Tour de France In 1952.

The famous 21 bends have brought and continue to attract thousands of people to Alpe D’Huez in the summer months to watch the Tour De France riders make the climb from the bottom of the valley in Bourg d‘Oisians at 723m to finish, at Alpe D’Huez 1850m. This gruelling climb is just over 8.5 miles and has an average gradient 8.1%! But not only does Alpe D’Huez host one of the toughest climbs in the Tour De France, it also hosted the bobsleigh event in the 1968 winter Olympics.

The resort now boasts a massive 249km of skiing, with 84 lifts, making it one of the biggest resorts in the world! 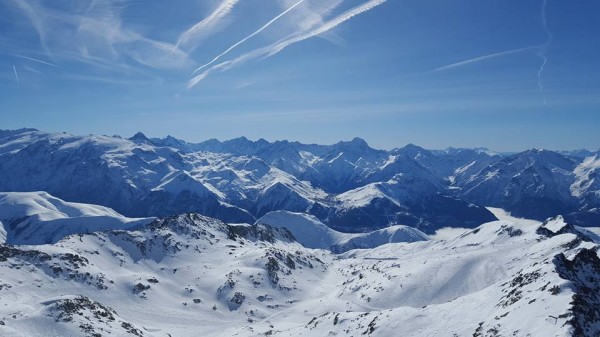