The SFR Freestyle tour arrived in Tignes yesterday on Monday the 7th of march! Taking place over four massive days it’s the major qualifier for both the Winter X Games and the world cup finals for the half pipe so anyone in town this week is in for a real treat of extreme proportions.  Having recently seen the incredible Frostgun over in neighbouring Val D’isere, this is Tignes chance to exhibit some of the best freestyle riding in the alps.

The event once again kicked off in Val Thorens as it has the last 15 years with slopestyle events and qualifiers for the finals in La Clusaz. This stage featured multiple big air jumps and 2 rail zones allowing for a massive array of stunts and tricks. The freestyle tour has continued on to Vars with even more jump zones and qualifying opportunities for up and coming riders to compete with world class skiers in La Clusaz.
This brings us to Tignes where we have the platinum class half pipe final in all categories on Thursday the 10th with the winner taking a home massive $ 45, 000. Before this, qualification takes place tomorrow on Wednesday the 9th and all events will be sure to amaze. The events final will be rounded up with the open prize giving ceremony seeing the Crystal Globe awarded to the winners of the Men’s and Women’s World Cup Rankings. We are sure to see even more impressive stunts than ever before with riders constantly pushing free style limits. This year will once again see newcomers qualifying to compete with some of the world’s best rated riders.
Not only is the SFR freestyle tour a great opportunity to take in the skills of some of the best skiers from around the world, but there will be the SFR activity village set up for the duration of the event. This area is open from 10am to 5pm every day of the competition featuring the SFR dome where you can win a multitude of prizes including Sony smartphones, PICTURE jackets, and thousands of other goodies such as balm lipsticks, foldable flask and neck gaiters etc. There’s even an area where you can try out the Sony PlayStation range! If you’re a budding photographer or just want some awesome holiday snaps then head up to the SFR freestyle tour bubble gondola for some really great shots. Finally, if you’re jealous of the amazing stunts performed by the riders then hit up the massive bag jump and practice your own tricks with the safety of the air bag to cushion your fall. 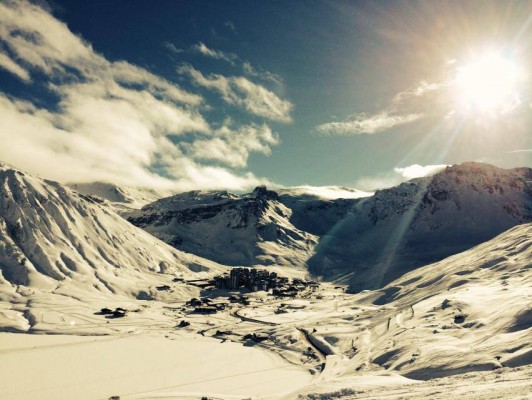 All of this makes it week not to miss in Tignes with not only the awesome freestyle skills on show but with access to 300 kms of runs in the Espace Killy region, there’s plenty to keep any rider busy! From off piste to trying out our own snow parks, it’s definitely a great time to be in Tignes.