Arnie Wilson talks to Chris Haworth, ‘Ski and Board’ magazine’s fitness editor, who’s come up with a fascinating argument for getting more pleasure from skiing on the piste. It may not sound as cool – but just think about it!

This is one of Tommy Cooper’s (remember him?) daft jokes: “I went to the doctor the other day. I said ‘it hurts when I do that’. He said ‘ well don’t do it then!”

Silly, I know – but it has some relevance to the bad press skiing’s been getting this winter. The off-piste has been more dangerous than usual. In years gone by – before big-mountain and all-mountain skis allowed the world and his wife to ski off piste – this wouldn’t have been such a problem. But surely, it’s not rocket science. If you’re worried about the off-piste being unpredictable – don’t do it! Would that be such a hardship in exchange for peace of mind? In fact – dare I say it – might you actually enjoy staying on the groomers more than skiing off-piste? 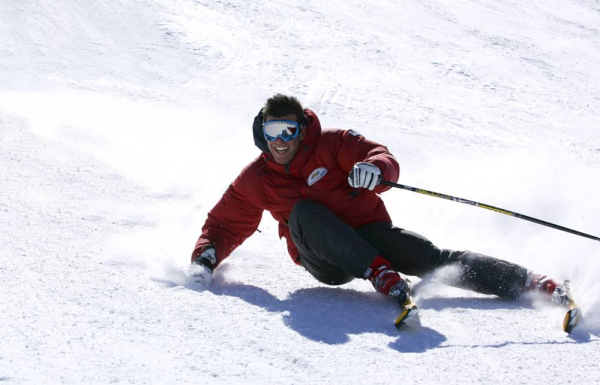 Says Chris Haworth, a divine skier and race trainer until a collision on the slopes put his career on hold four years ago: “As skiers, we’re raised to believe that the Holy Grail of skiing is venturing beyond the pistes and into the great wilderness beyond. But why? And by whom? I love off-piste, back-country, powder and the extreme as much as anyone. It reminds me a little of ‘mud plugging’ – off-roading.”

“But gone are the days when most off-piste is technically challenging. Equipment has made skiing the extreme or just shoulder-deep powder much, much easier, and the number of tracks and people skiing off the groomed runs is testament to advances in both technique and equipment. Manufacturers love skiers heading into the back-country. Think of all the kit they can sell! From ABS back-packs, to probes, rucksacks, helmets, you name it. You must have it these days. It’s great but it’s also business. 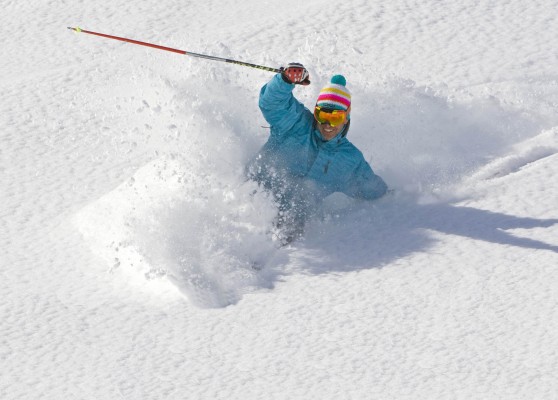 “Recently I asked a famous Val d’Isère resident how often he skis off-piste. His reply? ‘Once a week or so, not much more.’ His response was almost identical to the one I would give, and the one I feel when looking longingly at an immaculately groomed Face de Bellevarde, Val d’Isère’s famously difficult Olympic race piste. ‘The sensations in skiing on-piste are so much greater than off-piste’ he said. ‘The skis bite, arc and give you immense feedback.’

“My point is this” says Chris. “It’s not just the off-piste skiing that’s had a revolution. There’s also been an incredible revolution on groomed runs. In fact the grooming itself is probably the Holy Grail and saviour of many resorts, as it allows vast numbers of skiers to enjoy skiing over greater distances without being exhausted by huge fields of moguls that were so ubiquitous some 15 years ago.” 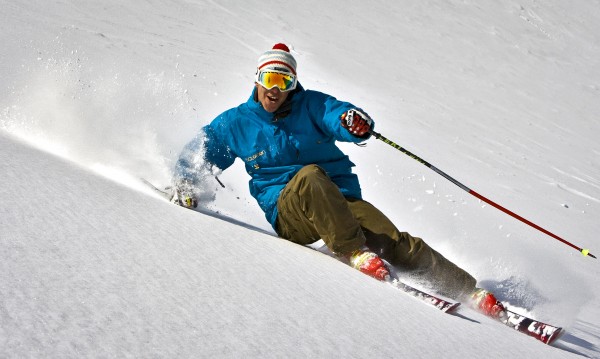 So what about this “mud plugging” concept, Chris? “As the proud owner of one of Britain’s most iconic vehicles, the hardy Land Rover Defender, I’m used to battling the elements, freeriding with my four wheels through snow and mud and it’s great fun” he says. “Yet recently I was at Silverstone, the home of Porsche GB’s test ground. I watched their 4x4s schlepping up and down the muddy mounds as I stepped into my 550-horsepower dream, a gleaming white Porsche GT2. And off we went. We weren’t even going that fast – mostly within our rather mundane national speed limit, but the car was so alive, its grip so tenacious, and a chassis that communicated not only via the steering wheel but through my body exactly how the terrain (sorry, how the road), was changing, undulating and twisting underneath me. The steering was precise, slicing through corners, building up entry speed and exit speeds, pushing the limits, and I hadn’t even left third gear! 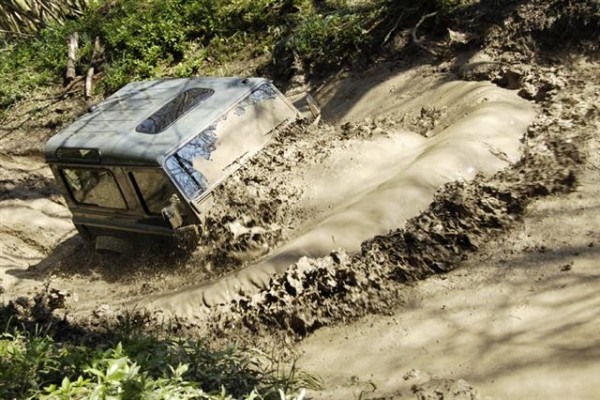 “This is what skiing on-piste can be like and it was the closest I’d been to skiing in four years of sporting a broken leg. Groomed runs can be a revelation, infusing your every atom with the pure sensation of skiing! 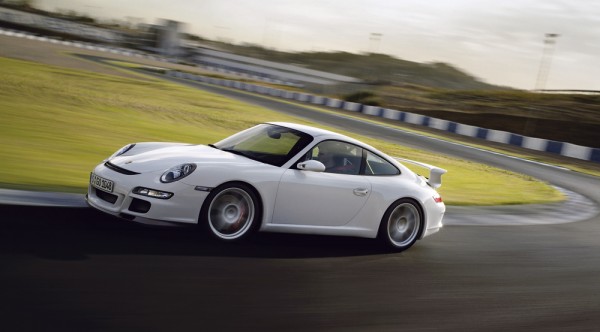 “When I used to coach instructors and racers, or discussing skiing with regular holiday skiers, I’d often ask: ‘If you could drive any car, what would it be? Would you like to drive a sports car – or would you prefer some 4×4 off-roading?” Generally the answer was the thrill and excitement of a sports car. ‘So why clip a pair of mud pluggers – off roaders – on your feet?’ would be my reply. Get some modern skis that arc with the precision of a surgeon’s scalpel and you may begin to know what I’m talking about. Plus you don’t have to risk life or limb in avalanches or dropping off a cliff because of a little poor quality snow. Neither do you need to buy and wear half of a mountain hardware store. But you may need some sharp edges, good equipment and improved technique, for on-piste is where the great technical skiers excel. Off-piste is mostly just a cruise in the country.”