I could hardly believe it had been five years or so since my last visit to Marmot Basin and it gave me a new insight into this charming and picturesque ski area: it punches way above its weight! By which I mean that although the trail map doesn’t look that extensive, when you get out (or aoowt, as they say in Canada!) on the mountain – four mountain faces in fact – it’s a whole lot bigger and better than you might imagine. 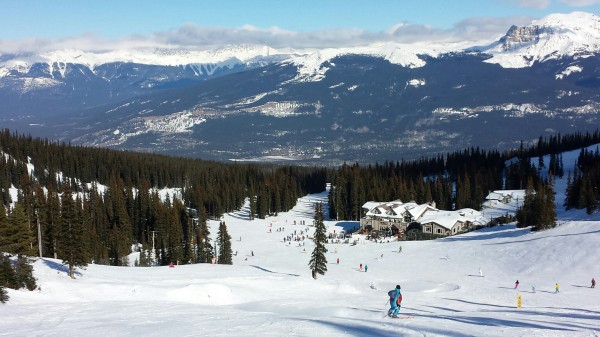 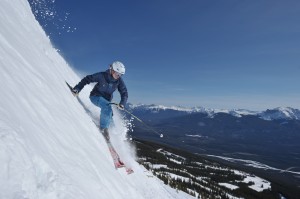 One thing that struck me immediately, was the fact that there are far more challenges than I remembered. This was because during my last visit, for the opening of its Canadian Rockies Express Quad very early in the season, the exhilarating Eagle East double-black diamond glades, which were only really developed in 2002, weren’t open, and the only double-black diamond I was aware of was Charlie’s Bowl, high on Marmot Peak. I skied this so often that I felt I had really got to know Charlie, whose ghost is said to haunt this particular slope!

The steep Eagle East runs were certainly open this time round, and skiing Morning Glory and Hour Glass (just two of a dozen double blacks in this part of the area) gave me a completely new grasp of the resort. No one can say Marmot doesn’t have something for everyone!

It struck me that Marmot has an image problem which is the opposite to that of Jackson Hole, Wyoming. Paul McCollister, the man who built Jackson, admitted that there was too much marketing emphasis on steep and deep, which probably scared families away from Jackson in the early days, even though there is plenty of easy skiing there too. Whereas until Marmot developed its Eagle East chutes, it was known principally as a delightful small-to-medium sized resort which was ideal for families but offered little to hard-core skiers. The problem is that sometimes such reputations linger on even though they are no longer accurate. You only have to look at the names of some of the Eagle East runs – Face Shot, Terminator and Drop Zone, for example – to twig what they’re all about! 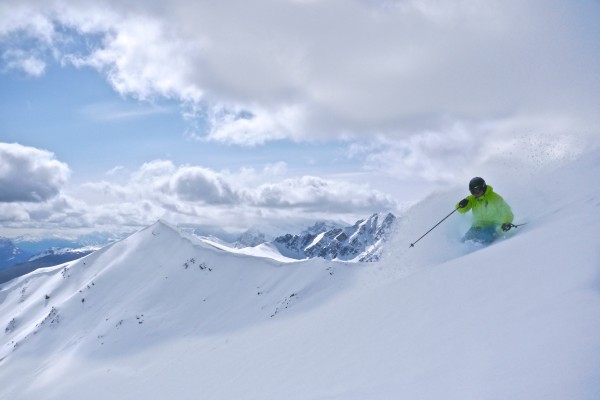 Marmot has plenty more up its sleeve for the future: much more snowmaking so that it can open its upper slopes earlier, another major new lift almost to the top of Marmot Peak, plus the possibility of opening the huge Tres Hombres off-piste face to the skiers’ far left of the mountain – all this and more are planned. So forget Marmot’s “Nice ‘n’ easy” reputation – the easy slopes and the awe-inspiring National Park scenery is still there. But it has plenty of high-powered punch and pizzazz too!