Last winter the Inghams representatives in Whistler for fortunate (and brave enough!) to turn their hand to bobsleighing, an activity operated by the Whistler Sliding Centre who also offer the Skeleton for anyone with enough nerve…

Whistler is home to the steepest ice track in the World.  Since hosting the bobsleigh, skeleton and luge competitions during the 2010 Vancouver Winter Olympic Games; the Whistler Sliding Centre provides training for young athletes from all over the world as well as visitors to Whistler with a little less experience. Needless to say that our team certainly fell in to that category! 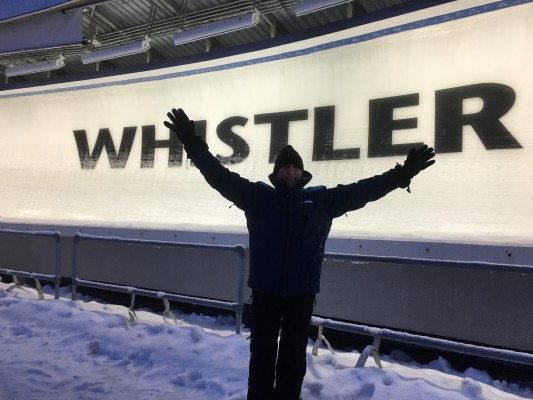 The course is a state of art facility.  Guests are given a very thorough and detailed health and safety session which includes a talk and slide show up at the visitor’s tent by the track.  After this, everyone is divided into teams of 3 and driven to the starting point where you meet your pilot!  They then decide which order you’ll sit in the bobsleigh, according to weight and height and once everyone is in, your sled is given a push before accelerating rapidly down the course. You soon gain momentum, reaching speeds of 120-130 kms/hr and passing through 10 corners before reaching the appropriately named, Thunderbird Corner. You’ll experience the ultimate WOW factor as you go through the speed trap at Thunderbird Corner feeling forces of around 4G! That’s 4 times your body weight!

After the amazing ride you are taken back to their main office with your team mates where you can enjoy hot chocolate, pick up your complimentary certificate and purchase your live ride video if you wish.

The bobsleigh has been part of the official competition programme since the 1st Olympic Winter games in Chamonix in 1924.

Women’s Bobsleigh was introduced at the 2002 Olympic Winter Games in Salt Lake City in the USA.

Teams include a brakeman and a pilot in the 2 person event with 2 crew/pushers added for the 4 person event.

Latvia’s Janis Minnins and his crew blazed down this track at more than 153 kms/hr; the fastest recorded speed in bobsleigh competition history!

Thunderbird Corner named in recognition of local First Nations mythology, this sweeping 180 degree turn is powerful, fast and loud.   Maximum G-forces are experienced here and this is where all the crowds gather to cheer, wave flags and ring cowbells!  If you’re a spectator, then this is where you want to be watching!

Listen to the Ice You hear it long before you see it.  A loud, low rumble coming from an unknown area tumbling down the mountainside like an avalanche, filling the crisp cold air with the sound of thunder, as another sled courses down the ice.  This is the world’s loudest track in the world!

AMY WILLIAMS FROM GBR won Olympic gold in the Women’s Skeleton in Whistler in 2010!

JON MONTGOMERY FROM CAN won Olympic gold in the Men’s Skeleton in Whistler in 2010! 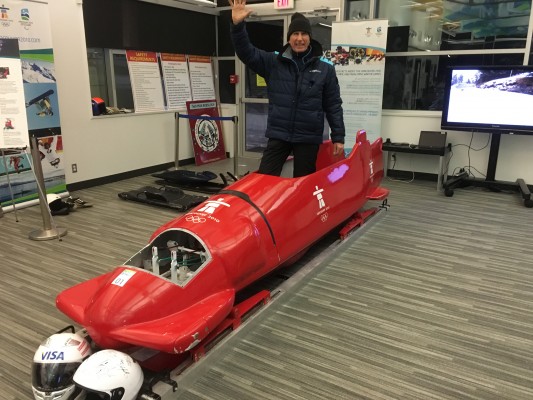