Simon, our resort manager out in Obertauern, reporting on the annual Winterfest in resort, take a look! 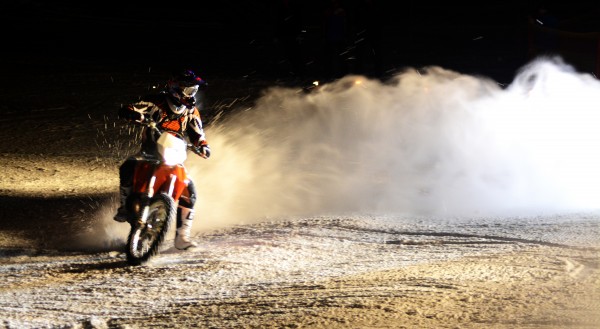 February saw the annual Winterfest take place, where the Grillitsch Ski School provide a free show of their skills. The event attracted hundreds of spectators and took place on a chilly evening by the Kirchbuhllift in Obertauern. The school has approx. 80 instructors and the show is always a highlight of the winter calendar. The setting was ideal, with a bar serving gluhwein and beer, the spotlights shining down on the prepared jump area and piste and the compere building up the atmosphere before the show. Music coming through the loudspeakers added to the anticipation. 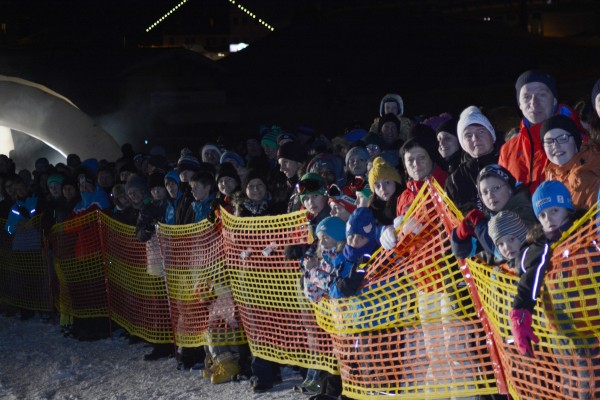 The ski school is run by Silvia Grillitsch, herself one of the top instructors in the region, an ex pro racer with many awards and titles and she has produced a show to highlight all the talents of her team. We started with some formation skiing, with the ladies first and then the men. Then the local children were included, showing off the fact that Austrian children take to the slopes with great ease and providing a colourful descent with torches and flags. The right hand side of the slope was set up for the jumpers, with 3 expert instructors showing off their jump skills, with turns, somersaults, flips and backward skiing. Next were the close formation runs, with criss crossing on the slope, skiing within a few feet of each other and sending plumes of snow into the air with their stops. 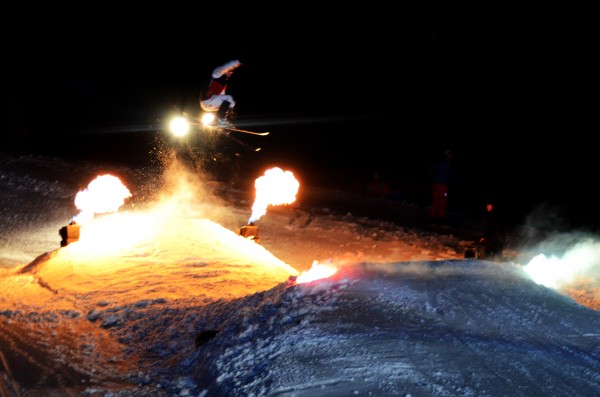 To show off their supreme skill and co-ordination, some of the instructors were showing how to save money on your ski hire, by having 3 skiers on 1 set of skis and 2 snowboarders on 1 board. If you think it is hard enough to ski on your own set, having 3 people on 1 set of skis takes great skill, co-ordination and a close friendship with your fellow ski team! The 2 snowboarders are even more skilled and all sets of instructors received huge applause as they finished their runs. To show even more ways to descend the slope, we also saw a demo from the snow bike riders, which are famous in Obertauern, as world records were set here. These bikes are great fun and allow guests to try something new during their holiday. The final way to go down and up the slope was demonstrated by a fabulous motorbike rider, on an off road bike which sent a shower of snow into the air as he roared up the slope, slipping and sliding as he went, then at the top, coming back down with the headlight blazing in the evening darkness. This was one of the crowd’s favourite moments of the evening but the finale was to prove even better! 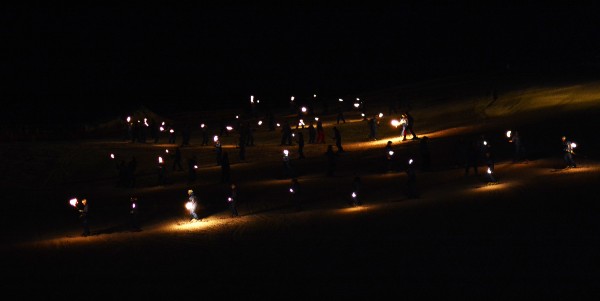 To finish off the show, two piste bashers performed a synchronised routine, with spins and slides in tune to the music. To see how agile these machines can be at close quarters was excellent. They received the biggest applause of the night as they finished the show and then the fireworks began to round off another Winterfest for this year.