Tremblant : The first nation inhabitants Weskarini Algonquin called the mountain ‘Manitonga Soutana’, translated into French later as ‘Mont Tremblant’ or ‘shaking mountain’. The tribe believed that the Great Spirit ‘Glitche Manitou’ caused the mountain to shake when nature was disturbed. 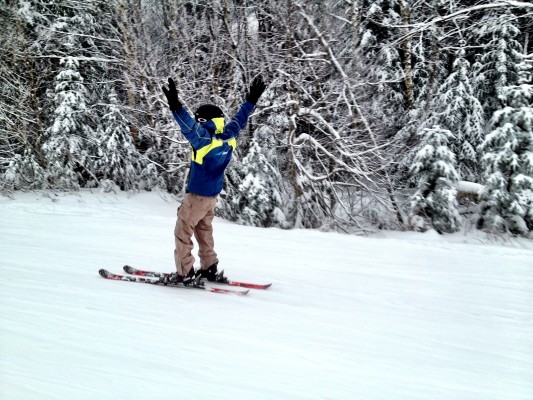 Unofficially, Tremblant has been a gathering place for daredevils on planks several years before its official opening in 1938. The first Tremblant ski race was held on March 13th 1932, this was initiated when the Kandahar Swiss Ski Club donated a cup to the Canadian Amateur Ski Association, to be given to the winner of a downhill competition in Canada. There were no developed ski trails at this time, but the event was held on Mont-Tremblant anyway, and many even made it down in one piece. By the end of the event, Tremblant had a name for itself as a ski mountain. The first trail on the mountain was named Kandahar in honour of the first ski race.

Eccentric American millionaire Joseph Ryan came to Tremblant in 1936 and decided to make ‘The biggest ski centre in the East’. He climbed the mountain 1938 and declared it ‘too difficult to get up’, and as such he ‘would have to fix that!’ The next year, the first ski lift was made available to skiers, and by the time the resort was opened, the Petit train du Nord — which was acquired back in 1892 — was working overtime, carrying over 100,000 skiers during the first winter alone. 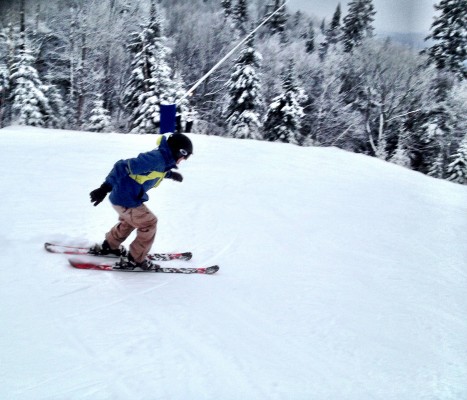 In 1991 Tremblant was bought by Intrawest: one of the best resort developers in the world. Many new ski lifts were added to the resort and 23 new trails were born, including the popular Versant Edge. The resort underwent significant changes in the town; today the resort is ranked as one of the top 25 in the world (National Geographic). 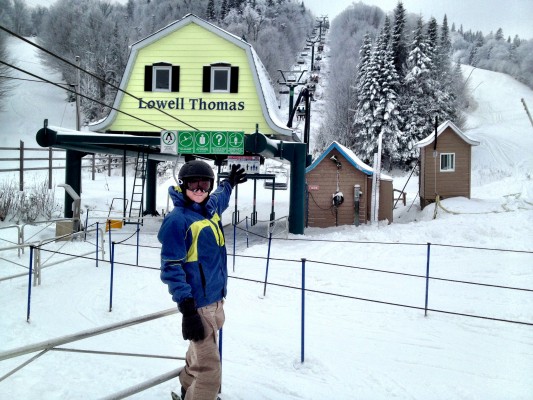 This year is the 75th year of official operations for Mont Tremblant. The resort will be hosting a series of events throughout the holiday season to celebrate the ongoing Tremblant experience:
• 31st December New Years Eve Show – One can expect a show from the best of the ski and snowboard instructors, as well as live outdoor music and fireworks.
• 12th February 75th Anniversary Day – There will be a number of events during the day, including the ‘cutting of the cake’.
• 29th March 75th Year of Spring – On this day there will be several types of entertainment and shows to choose from.
While celebrating 75 years of service to the vertically inclined, one can expect Tremblent to continue to offer the outstanding ski holiday experience that would be expected from such a quality resort: Ski rental times are fast; ski lift lines are smaller than our European counterparts (plus no one pushes in Canada); daytime and nightly activities are plentiful; international cuisine can be found throughout and friendly French Canadians are always there to help. The resort has been open this year from November 22nd and snow conditions are already absolutely fantastic!

To celebrate the 75th anniversary, Inghams in cooperation with the Marriot and Hilton hotels in Tremblant are offering special FREE NIGHT offers which are included in our price, see on our website.