Lake Garda is vast and getting to see it in its entirety really is a tough shout, especially if you’re trying to do via public transport! The boats take forever, the buses don’t quite link up, the train only covers a small part of the huge area and you’ve not got much hope if you plan on hiring a car! Quite frankly I’ve seen Bond drive on these roads and it’s not likely I could do it any justice! Even if I was to try, I’m not convinced that I’d manage to really see any of it at all.

The only way to go way is simply to join the lake tour, so we did! We headed from Desenzano with Barbara as our fantastic guide. Having gone through everything we would need, we headed to Lazise, our first stop of the day. As we walked in to the town itself, it felt like walking into a castle. We followed narrow cobbled streets until it opened into a tranquil relaxed haven of a square. Barbara explained all about the town, its history and then left us with just shy of an hour to see it for ourselves.

As I wandered through the peaceful streets I took some fantastic pictures, enjoyed the obligatory Italian coffee in a cosy local bar and, as we headed back to the coach I saw a shop selling local spirits and wines. Yes, it was only 9am but I couldn’t resist taking a quick look, though I did resist the offering of Grapa from the lady in the shop! In the end I opted for the local specialities of Lemonchello and Lugana wine to enjoy later in the week. 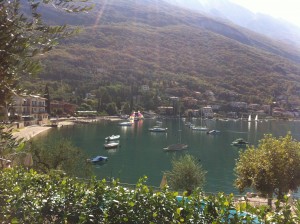 The next stop was Malcesine which is a hugely popular area for weddings; each year hosting the most weddings out of all resorts in Lake Garda.  This wasn’t of great surprise as the castle there is truly stunning and I was so much in ore of it that I’m now on the hunt to find someone to marry me simply to revisit! I’m kidding, of course…

The town itself was more commercialised than Lazise with designer outlets and small boutiques though it still maintained its traditional character and charm.

From Malcesine to Riva I wondered whether we could possibly top the beautiful places that we had already seen, and then we arrived at what can only be described as a pearl in a shell! The gargantuan mountains either side of this beautiful little place were stunning. As I stepped of the coach I heard a busker in the street playing amazing grace on the saxophone; this song has a great deal of meaning to me and I knew at that moment the next couple of hours would be amazing… 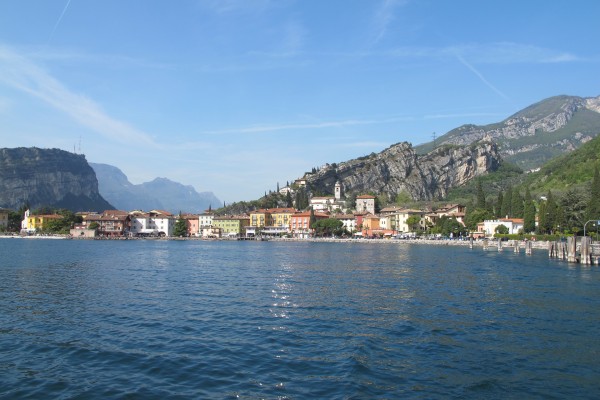 I veered away from the main street of Riva and headed into the rustic back streets which were far more simplistic, charming and charismatic than the main square. I enjoyed a one of my top five favourite meals so far in Italy, a fantastic lunch of deliciously deep fried risotto better known as Arancini Di Roso, and was joined by a wonderful man who has become a great friend here in Italy. 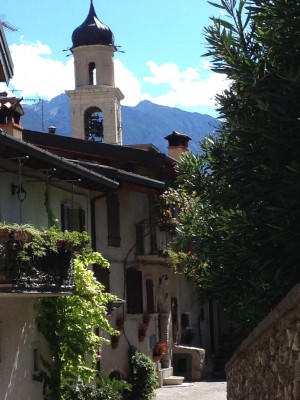 From Riva we switched to the boat and took a short cruise across to the lovely Limone where we learnt all about the Lemons so integral to this region, as if the name didn’t give it away already! Limone is small but none-the-less a great place again to sit back and take in the dramatic scenery. It also has an interesting museum which houses various artefacts gathered by the locals.

From Limone back down to Desenzano we took the tunnel road which was famously used in the filming of James bond for the high speed car chase though thankfully we took it just a little bit slower!